Memories Make for Memorable Gifts Because....(& why)

Okay, this is a given. Memories, I mean. We all have them; we all have the capacity to remember what happens to us in our lives.

See what I'm getting at? Unique gift giving opens up new territory here.


When you have a memory of something it is because "it" affected you in a variety of ways:

And one thing to be sure, there was someone involved to help increase that experience. You, for one. You for starters. Yes, there are other factors involved, but let's just start with You. 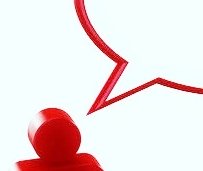 In my early 20s, as the last one in my family to be single, I traveled a bit and then decided to live where my sister had settled with her husband in Saskatchewan. Arriving from Vancouver (don't ask me why I left), there I was, full of anticipation about prairie life. Then came my first shock, and from these memorable moments, I unknowingly created memorable gifts - to bring back the memory, and it all started simply by wanting a cup of coffee in 1987:

About a week after I arrived at my sister's, I inquired of the struggling city residents if perhaps there was a coffee bean proprietor bumping and grinding his wares to local addicts of the stimulant referred to quite notoriously as caffeine. Shrugs of shoulders and dull "no"s left me on my own. (You have to realize here that Second Cup, Tim Hortons and Starbucks were mere visions in Canada in the late 80s).


What was the dang deal? Were they all satisfied with the incumbent, the likes of REGULAR GRIND pre-packaged, large factory manufactured, or the deceiving Juan Valdez whose fingers only resembled those of a pencil pusher? I started to panic. Was I the only one who was bereft of ignorance when it came to such travels in cold sweats and withdrawals? Now I was full swing floundering.

I hopped into my still functioning Toyoto Corona [which, by the way, makes newer noises over every pothole since the shocks decided they would take leave of their senses and refuse to do what they're supposed to do. I still get excellent mileage regardless of the noise, but I might say those new (rather, near new) tires I purchased that came with a one month guarantee...only if I remained in B.C. to do something about them if they became a problem...

Return from Memories to HOME Page